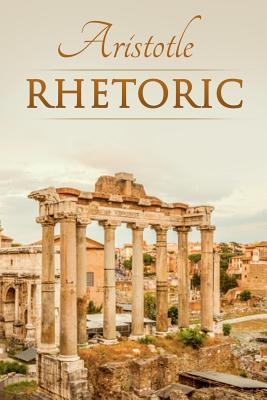 "Wit is well-bred insolence."
- Aristotle, Rhetoric Aristotle's Rhetoric is an ancient Greek treatise on the art of persuasion, dating from the 4th century BC. The English title varies: typically it is titled Rhetoric, the Art of Rhetoric, or a Treatise on Rhetoric. Aristotle is generally credited with developing the basics of the system of rhetoric that "thereafter served as its touchstone", influencing the development of rhetorical theory from ancient through modern times. The Rhetoric is regarded by most rhetoricians as "the most important single work on persuasion ever written." Gross & Walzer concur, indicating that, just as Alfred North Whitehead considered all Western philosophy a footnote to Plato, "all subsequent rhetorical theory is but a series of responses to issues raised" by Aristotle's Rhetoric. This is largely a reflection of disciplinary divisions, dating back to Peter Ramus' attacks on Aristotlean rhetoric in the late 16th century and continuing to the present. Like the other works of Aristotle that have survived from antiquity, the Rhetoric seems not to have been intended for publication, being instead a collection of his students' notes in response to his lectures. The treatise shows the development of Aristotle's thought through two different periods while he was in Athens, and illustrates Aristotle's expansion of the study of rhetoric beyond Plato's early criticism of it in the Gorgias (ca. 386 BC) as immoral, dangerous, and unworthy of serious study. Plato's final dialogue on rhetoric, the Phaedrus (ca.370 BC), offered a more moderate view of rhetoric, acknowledging its value in the hands of a true philosopher (the "midwife of the soul") for "winning the soul through discourse." This dialogue offered Aristotle, first a student and then a teacher at Plato's Academy, a more positive starting point for the development of rhetoric as an art worthy of systematic, scientific study.
My Account • Sign In • Sign Out • Register
NEW & USED BOOKS
AUTHOR EVENTS • GIFTS
Tempe
6428 South McClintock Drive
480.730.0205
[Google Map]
Sunday-Friday 10am-8pm
Saturday 9am-8pm
Trade Counter 11am-6pm daily