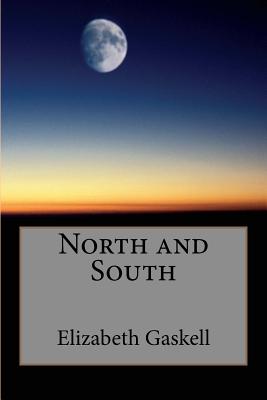 By Elizabeth Cleghorn Gaskell
$18.99
Not Available In-Store - Usually Ships from Warehouse in 1-5 Days

North and South (1855) North and South is one of Gaskell's best known novels and inspired two television adaptations. The novel tackles the situation of workers and their relations with industrialists in the fictional town of Milton, northern England and has been favourably compared to 'Shirley' by Gaskell's friend Charlotte Bronte. It revolves around Margaret Hale, who settles with her parents in Milton in the throws of the industrial revolution. She clashes with John Thornton, a cotton mill manufacturer, in a confrontation reminiscent of Elizabeth and Mr Darcy in Pride and Prejudice by Jane Austen.

About The Author Elizabeth Cleghorn Gaskell (1810 -1865), often referred to as Mrs Gaskell, was a British novelist and short story writer during the Victorian era. She was also the first to write a biography of Charlotte Bronte, The Life of Charlotte Bronte, which was published in 1857. In North and South, Gaskell creates the city of Milton, nicknamed Cottonopolis, where she lived as the wife of a Unitarian pastor. She saw religious dissenters and social reformers, who decried the abject poverty of this industrial region. She described the poor in her writings, showing compassion for the oppressed.
My Account • Sign In • Sign Out • Register
NEW & USED BOOKS
AUTHOR EVENTS • GIFTS
Changing Hands Tempe
6428 S McClintock Dr, Tempe, AZ 85283
480.730.0205
[Google Map]
Mon-Fri: 10-9 | Sat: 9-9 | Sun: 10-6