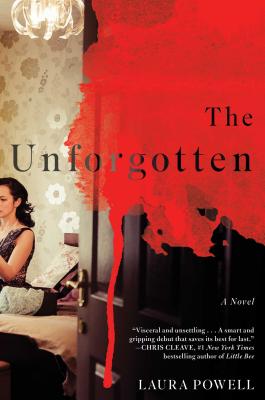 By Laura Powell
$25.99
Not Available In-Store - Usually Ships from Warehouse in 1-5 Days

For fans of Louise Penny and Tana French, this haunting debut novel “with a slight Broadchurch feel” (Sunday Herald) explores the devastating repercussions of a long-ago crime as it delves into forbidden relationships, the emotional bond between mothers and daughters, and the dark consequences of harboring secrets.

It is the summer of 1956, and fifteen-year-old Betty Broadbent has never left the Cornish fishing village of St. Steele or ventured far beyond the walls of the Hotel Eden, the slightly ramshackle boarding house run by her moody, unpredictable mother. But Betty’s world is upended when a string of brutal murders brings London’s press corps flooding into the village, many of whom find lodging at the Hotel Eden. She is instantly transfixed by one of the reporters, the mysterious and strangely aloof Mr. Gallagher—and he, fully twice her age, seems equally transfixed by her.

The unlikely relationship that blooms between Betty and Mr. Gallagher is as overlaid with longing and desire as it is with impropriety and even menace. And as the shocking death toll rises, both Betty and Mr. Gallagher are forced to make a devastating choice, one that will shape their own lives—and the life of an innocent man—forever.

With narratives that shift from 1956 to the present day and back, The Unforgotten is a mesmerizing and eerie portrayal of two people bound to each other by a secret that has the power to shape, and destroy, lives.

Laura Powell is a commissioning editor at The Daily Telegraph. She has written features and interviews for The Guardian, The Observer, the London Evening Standard, and various women’s magazines. Laura has won several awards, including a Scott Trust Bursary from the Guardian Media Group and a New Writer’s Bursary from Literature Wales. Originally from Wales, she now lives in London. The Unforgotten is her first novel.

"'What if I told you I covered up a murder?' The Unforgotten, a first novel by the British journalist Laura Powell, turns on that loaded question...it will take 50 years for the truth to come out, and Powell leaves us agonizing over the terrible choices open to a young woman like Betty, living in a village like St. Steele and seeing no way out.

“Haunting and complex… A satisfying mystery as well as a complex portrait of the effects of emotional trauma and mental illness.”
— Kirkus Reviews

“In her thoroughly satisfying and suspenseful debut, Powell offers a twisty, dark murder mystery that is as much about taboos and secrets as it is a whodunit… the final twist in the murder plot will catch many readers unaware, as will the surprising emotional heft of the narrative, which traces the damage wrought by secrets and good intentions gone awry.”
— Publishers Weekly

"[A] gripping debut novel... From Powell’s vivid descriptions ... to a genuinely surprising plot twist, The Unforgotten is entirely unforgettable."