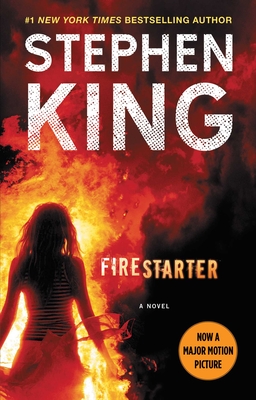 Andy McGee and Vicky Tomlinson were once college students looking to make some extra cash, volunteering as test subjects for an experiment orchestrated by the clandestine government organization known as The Shop. But the outcome unlocked exceptional latent psychic talents for the two of them—manifesting in even more terrifying ways when they fell in love and had a child. Their daughter, Charlie, has been gifted with the most extraordinary and uncontrollable power ever seen—pyrokinesis, the ability to create fire with her mind. Now the merciless agents of The Shop are in hot pursuit to apprehend this unexpected genetic anomaly for their own diabolical ends by any means necessary...including violent actions that may well ignite the entire world around them as Charlie retaliates with a fury of her own...

Stephen King is the author of more than sixty books, all of them worldwide bestsellers. His recent work includes Fairy Tale, Billy Summers, If It Bleeds, The Institute, Elevation, The Outsider, Sleeping Beauties (cowritten with his son Owen King), and the Bill Hodges trilogy: End of Watch, Finders Keepers, and Mr. Mercedes (an Edgar Award winner for Best Novel and a television series streaming on Peacock). His novel 11/22/63 was named a top ten book of 2011 by The New York Times Book Review and won the Los Angeles Times Book Prize for Mystery/Thriller. His epic works The Dark Tower, It, Pet Sematary, and Doctor Sleep are the basis for major motion pictures, with It now the highest-grossing horror film of all time. He is the recipient of the 2020 Audio Publishers Association Lifetime Achievement Award, the 2018 PEN America Literary Service Award, the 2014 National Medal of Arts, and the 2003 National Book Foundation Medal for Distinguished Contribution to American Letters. He lives in Bangor, Maine, with his wife, novelist Tabitha King.