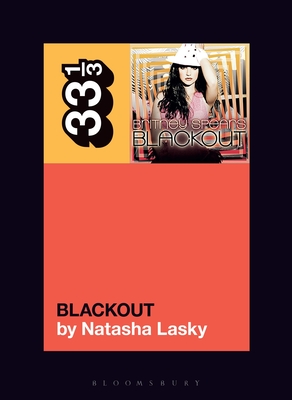 Britney Spears barely survived 2007. She divorced her husband, lost custody of her kids, went to rehab, shaved her head and assaulted a paparazzo. In the midst of her public breakdown, she managed to record an album, Blackout. Critics thought it spelled the end for Britney Spears' career.

But Blackout turned out to be one of the most influential albums of the aughts. It not only brought glitchy digital noise and dubstep into the Top 40, but also transformed Britney into a new kind of pop star, one who shrugged off mainstream ubiquity for the devotion of smaller groups of fans who worshipped her idiosyncratic sound. This book returns to the grimy clubs and paparazzi hangouts of LA in the 2000s as well as the blogs and forums of the early internet to show how Blackout was a crucial hinge between twentieth and twenty-first-century pop.

Natasha Lasky is a writer and filmmaker living in Chicago, USA.