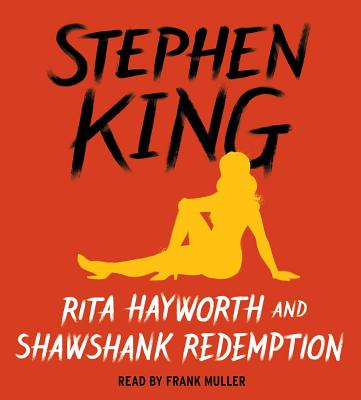 A mesmerizing tale of unjust imprisonment and offbeat escape, Rita Hayworth and Shawshank Redemption is one of Stephen King’s most beloved and iconic stories, and it helped make Castle Rock a place readers would return to over and over again. Suspenseful, mysterious, and heart-wrenching, this iconic King novella, populated by a cast of unforgettable characters, is about a fiercely compelling convict named Andy Dufresne who is seeking his ultimate revenge. Originally published in 1982 in the collection Different Seasons (alongside “The Body,” “Apt Pupil,” and “The Breathing Method”), it was made into the film The Shawshank Redemption in 1994. Starring Morgan Freeman and Tim Robbins, this modern classic was nominated for seven Academy Awards, including Best Picture, and is among the most beloved films of all time.

Stephen King is the author of more than sixty books, all of them worldwide bestsellers. His recent work includes Billy Summers, If It Bleeds, The Institute, Elevation, The Outsider, Sleeping Beauties (cowritten with his son Owen King), and the Bill Hodges trilogy: End of Watch, Finders Keepers, and Mr. Mercedes (an Edgar Award winner for Best Novel and a television series streaming on Peacock). His novel 11/22/63 was named a top ten book of 2011 by The New York Times Book Review and won the Los Angeles Times Book Prize for Mystery/Thriller. His epic works The Dark Tower, It, Pet Sematary, and Doctor Sleep are the basis for major motion pictures, with It now the highest-grossing horror film of all time. He is the recipient of the 2020 Audio Publishers Association Lifetime Achievement Award, the 2018 PEN America Literary Service Award, the 2014 National Medal of Arts, and the 2003 National Book Foundation Medal for Distinguished Contribution to American Letters. He lives in Bangor, Maine, with his wife, novelist Tabitha King.