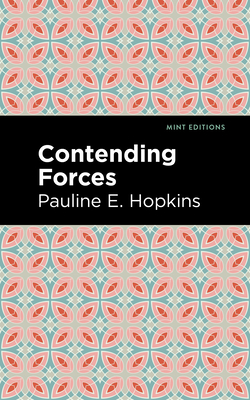 Contending Forces (1900) is a novel by African American author Pauline Elizabeth Hopkins. Originally published by the Colored Co-operative Publishing Company in Boston, Contending Forces is a groundbreaking novel that addresses themes of race and slavery through the lens of romance, faith, and betrayal. It was Hopkins' first major publication as a leading African American author of the early twentieth century.

Charles Montfort is a peculiar planter. Moving with his wife, Grace, and his sons from Bermuda to North Carolina, he announces his desire to slowly free his slaves. This angers the townspeople, who refuse to recognize the abilities of black people beyond base servitude. Anson Pollack, a jealous man, leverages his friendship with Montfort in order to gain his confidence while hatching a plan to kill him and steal his property. When a rumor regarding Grace's racial heritage begins to spread, Montfort fears that an attempt will be made on his life. Soon enough, Anson and a posse of local men descend on the Montfort plantation, killing Charles and kidnapping his sons. While Jesse manages to escape to Boston, Charles Jr. is sold into slavery, changing their lives irrevocably. Contending Forces is a thrilling work of fiction from a true pioneer of American literature, a woman whose talent and principles afforded her the vision necessary for illuminating the injustices of life in a nation founded on slavery and genocide.

With a beautifully designed cover and professionally typeset manuscript, this edition of Pauline Elizabeth Hopkins' Contending Forces is a classic work of African American literature reimagined for modern readers.