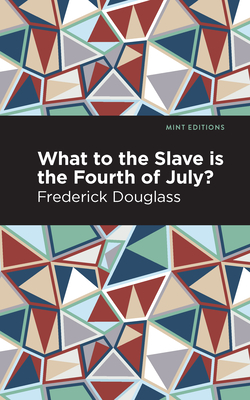 What to the Slave Is the Fourth of July? (1852) is a novella by Frederick Douglass. Having escaped from slavery in the South at a young age, Frederick Douglass became a prominent orator and autobiographer who spearheaded the American abolitionist movement in the mid-nineteenth century. In this famous speech, published widely in pamphlet form after it was given to a meeting of the Rochester Ladies' Anti-Slavery Society on July 5th, 1852, Douglass exposes the hypocrisy of America's claim to Christian and democratic ideals in spite of its legacy of enslavement. Personal and political, Douglass' speech helped inspire the burgeoning abolitionist movement, which fought tirelessly for emancipation in the decades leading up to the American Civil War. "What have I, or those I represent, to do with your national independence? Are the great principles of political freedom and of natural justice, embodied in that Declaration of Independence, extended to us?...What, to the American slave, is your 4th of July? I answer; a day that reveals to him, more than all other days in the year, the gross injustice and cruelty to which he is the constant victim." Drawing upon his own experiences as an escaped slave, Douglass offers a critique of American independence from the perspective of those who had never been free within its borders. Hopeful and courageous, Douglass' voice remains an essential part of our history, reminding us time and again who we are, who we have been, and what we can be as a nation. While much of his radical message has been smoothed over through the passage of time, its revolutionary truth continues to resonate today. With a beautifully designed cover and professionally typeset manuscript, this edition of Frederick Douglass' What to the Slave Is the Fourth of July? is a classic of African American literature reimagined for modern readers.