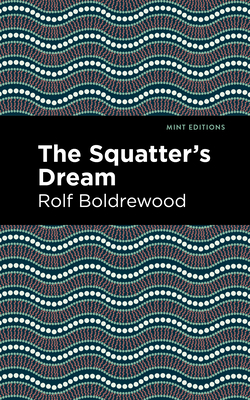 The Squatter's Dream (1875) is a novel by Rolf Boldrewood, the pseudonym of Australian novelist Thomas Browne. A squatter himself for nearly twenty-five years, he came to know the ways of life on the outskirts of civilization, which allowed him to lead a peaceful, uncomplicated, and inexpensive existence. Originally serialized in Australian weekly magazines, Browne's work as Rolf Bolfrewood is an incomparable record of colonial Australia, where outlaws and speculators lived side by side on land stolen from the continent's Aboriginal peoples. "The climate in which his abode was situated was temperate, from latitude and proximity to the coast. It was cold in the winter, but many a ton of she-oak and box had burned away in the great stone chimney, before which Jack used to toast himself in the cold nights, after a long day's riding after cattle." Jack Redgrave leads the kind of existence most men would dream of: a comfortable home, plenty of food, a beautiful property, and enough books to keep him curious about the world beyond the wilderness. Despite this, he begins to grow dissatisfied, dreaming of ways to increase his wealth and forgetting the reasons that first drew him to the squatting lifestyle. With a beautifully designed cover and professionally typeset manuscript, this edition of Rolf Boldrewood's The Squatter's Dream is a classic work of Australian literature reimagined for modern readers.