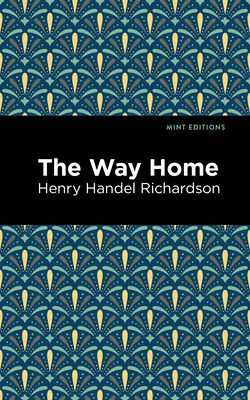 The Way Home (1925) is a novel by Henry Handel Richardson. Based on the life of her parents, The Way Home is the second in a trilogy of novels later published as The Fortunes of Richard Mahony (1930). The trilogy has earned praise from countless authors and critics for its startling depictions of a man's decline due to mental illness and the lengths to which his wife must go to care for their young family. "In this pleasant spot Richard Mahony had made his home. Here, too, he had found the house of his dreams. It was built of stone--under a tangle of creeper--was very old, very solid: floors did not shake to your tread, and, shut within the four walls of a room, voices lost their carrying power. But its privacy was what he valued most." After years of struggle in the Australian outback, Richard Mahony returns to his native England to live out his years in comfort and quiet. Although his dreams have been realized, he soon discovers the prejudice with which the wealthy view men who went across the world to make their fortunes. Unable to gain a foothold in the land of his birth, he makes the difficult decision to return to Australia. With a beautifully designed cover and professionally typeset manuscript, this edition of Henry Handel Richardson's The Way Home is a classic of Australian literature reimagined for modern readers.