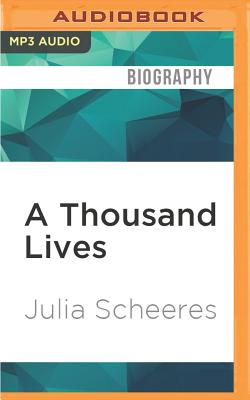 By Julia Scheeres, Robin Miles (Read by)
Email or call for price
Hard to Find

They left America for the jungles of Guyana to start a better life. Yet what started as a Utopian dream soon devolved into a terrifying work camp run by a madman, ending in the mass murder-suicide of 914 members in November 1978.

In A Thousand Lives, the New York Times bestselling memoirist Julia Scheeres traces the fates of five individuals who followed Jim Jones to South America as they struggled to first build their paradise, and then survive it. Each went for different reasons--some were drawn to Jones for his progressive attitudes towards racial equality, others were dazzled by his claims to be a faith healer. But once in Guyana, Jones' drug addiction, mental decay, and sexual depredations quickly eroded the idealistic community.

For this groundbreaking book, Scheeres examined more than 50,000 pages of newly released documents that the FBI collected from the camp after the massacre--including diaries, crop reports, and letters that were never sent home--as well as hundreds of audiotapes of Jones addressing his group.

Scherer's own experience at a religious boot camp in the Dominican Republic, detailed in her unforgettable debut memoir Jesus Land, gives her unique insight into this chilling tale.

Haunting and vividly written, A Thousand Lives is a story of blind loyalty and daring escapes, of corrupted ideals and senseless, searing loss.