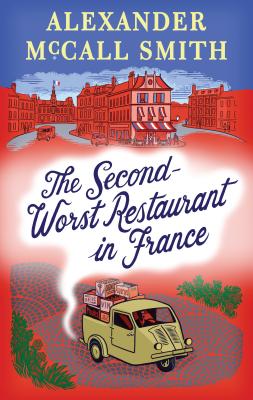 This is book number 2 in the Paul Stuart Series series.

In this delightful sequel to the best-selling comedic novel My Italian Bulldozer, Paul Stuart's travels take him to a French village, where the local restaurant's haute cuisine leaves a lot to be desired.

Renowned Scottish cookbook writer Paul Stuart is hard at work on his new book, The Philosophy of Food, but complicated domestic circumstances, and two clingy cats, are making that difficult.

So when Paul's eccentric cousin Chloe suggests that he join her at the house she's rented in the French countryside, he jumps at the chance. The two quickly befriend the locals, including their twin-sister landladies, who also own the infamous local restaurant known to be the second-worst eatery in all of France. During their stay, the restaurant's sole waitress gives birth mid-dinner service and the maître d' storms off after fighting with the head chef. Paul is soon drafted to improve the gastronomy of the village, while Chloe, ever on the hunt for her next romance, busies herself with distracting the handsome but incompetent chef. Could he be husband number six?

With all this local drama to deal with, Paul finds it next to impossible to focus on his writing, and that's before he learns that Chloe's past is far more complicated than he'd ever imagined. Paul will have to call upon al his experience—with food and with people—to bring order back to the village. And he may just learn something about family—and about himself—along the way.

ALEXANDER McCALL SMITH is the author of the No. 1 Ladies' Detective Agency novels and a number of other series and stand-alone books. His works have been translated into more than forty languages and have been best sellers throughout the world. He lives in Scotland.
My Account • Sign In • Sign Out • Register
NEW & USED BOOKS
AUTHOR EVENTS • GIFTS
Tempe
6428 South McClintock Drive
480.730.0205
[Google Map]
10am-7pm daily
Trade Counter 11am-6pm daily