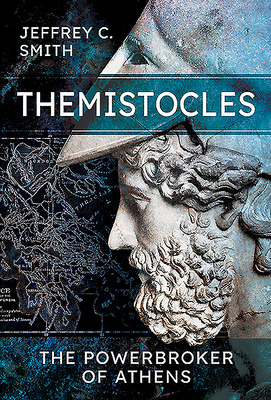 A new biography of Themistocles, architect of Athenian/Greek victory in the Persian Wars of 490 and 480/479 BC.

This is an exciting new biography of Themistocles of Athens, architect of the Greek victory over the Persian invasions of 490 BC and 480 to 479 BC. While his role in the Persian wars is naturally a major theme, Themistocles' career before and after those conflicts is also considered in detail. Themistocles was a leading exponent of a new kind of populist politics in the young democracy of Athens, manipulating the practice of ostracism (exile) to get rid of his political rivals. Jeffrey Smith explains Themistocles' rise to a position of virtual hegemony which allowed him to institute his far-sighted policy of preparation against the growing Persian threat. In particular he strengthened Athens' fleet and thereby secured the support of the poor thetes, who found employment as rowers.

During the first invasion, Themistocles fought, and possibly held joint command, at the decisive battle of Marathon. When the Persians struck again in 480, he commanded the fleet at Artemisium and Salamis. The latter battle he won by subterfuge and secured Athens' liberation and survival. Ironically he was himself eventually ostracized by his fellow citizens and ultimately entered Persian service, ending his days as governor of Magnesia in Asia Minor.