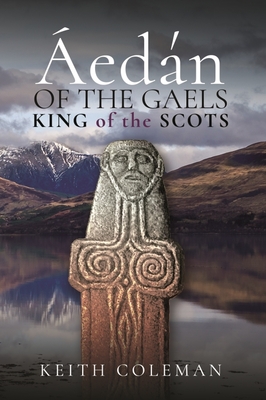 This is the first full-length work devoted to ed n mac Gabr in, 6th century king of D l Riata in Scotland. An associate of the famous St. Columba, he was the first recorded king to be ordained in the British Isles and was the most powerful ruler in his generation.

His astonishing military reach took him from Orkney, Pictland, Ireland, Northumbria and the Isle of Man. This book details his dominant career, which came to a shattering end after decades of warfare at the Battle of Degsaston in AD 603. Beyond the record of warfare, there is a unique and tantalizing accumulation of legend concerning ed n, from stories about his birth, to tales of him in battle with Irish heroes. English sources mention him and he is one of the few Gaelic kings to feature prominently in Welsh tradition, where he is remembered as a uniquely powerful player in the north of Britain.

Modern writers highlight ed n as the father of a prince named Arthur, which has led to his place in Arthurian studies. ed n's prominence in his era qualifies him as a fascinating figure, whose life and legend are accessibly explored in this exciting account of this unique ruler.