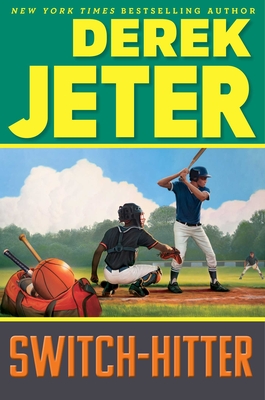 In the ninth book in the New York Times bestselling middle grade series inspired by the life of iconic New York Yankee Derek Jeter, Derek must learn how to be a team player from the dugout and the importance of taking care of his body.

Seventh grade is off to a rocky start for Derek Jeter. But he’s soon distracted by all that’s going on in his own life…which includes basketball and baseball team responsibilities. He’s talked about it with his parents, and he’s certain he can play both sports while also doing well in school. Quickly, though, the two sports begin to take their toll, and Derek finds himself on the bench with an injury. How can Derek show his commitment to his teammates, his coaches, and the sports he loves when he can’t actively participate?

Derek Jeter is a fourteen-time All-Star and five-time World Series winner who played for one team—the storied New York Yankees—for all twenty seasons of his major league career. His grace and class on and off the field have made him an icon and role model far beyond the world of baseball.

Paul Mantell is the author of more than 100 books for young readers, including books in the Hardy Boys and Matt Christopher series.