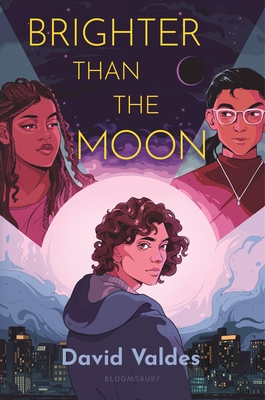 From the author of Spin Me Right Round, a fresh, modern story about learning how to love--starting with yourself--as three teens who know each other online meet up and find themselves questioning everything.

Shy foster kid Jonas and self-assured vlogger Shani met online, and so far, that's where their relationship has stayed, sharing memes and baring their souls from behind their screens. Shani is eager to finally meet up, but Jonas isn't so sure--he's not confident Shani will like the real him . . . if he's even sure who that is.

Jonas knows he's trapped himself in a lie with Shani--and wants to dig himself out. But Shani, who's been burned before, may not give him a chance: she talks her best friend Ash into playing spy and finding out the truth. When Ash falls for Jonas, too, he keeps that news from Shani, and soon they're all keeping secrets. Will it matter that their hearts are in the right place? Coming clean will require them to figure out who they really are, which is no easy task when all the pieces of your identity go beyond easy boxes and labels.

Lauded writer David Valdes offers a heartfelt, clever, and thought-provoking story about how we figure out who we want to be--online and IRL--for fans of David Levithan and Adam Silvera.

David Valdes is the author of Spin Me Right Round, a New York Public Library Best Book for Teens, and the nonfiction books Homo Domesticus, The Rhinestone Sisterhood, and Today Show pick A Little Fruitcake, as well as a dozen produced plays. A former Boston Globe columnist and Huffington Post blogger whose posts have received over a million hits, he currently writes an advice column for Medium, and was recently featured in the New York Times's Modern Love column. He also teaches writing at Boston Conservatory and Tufts. David lives in the Boston area with his daughter.

“An absolute blast. I loved it, and I couldn't put it down!” —Bill Konigsberg, award-winning author of The Music of What Happens on SPIN ME RIGHT ROUND

“A great read offering entertainment, encouragement, and plenty to reflect upon.” —Kirkus Reviews on SPIN ME RIGHT ROUND

“Prepare to laugh out loud as Cuban American high-school senior Luis takes a trip into the past that rivals Back to the Future. . . . The ripple effects of [the characters'] brave choices change everyone's future for the better.” —Booklist, on SPIN ME RIGHT ROUND