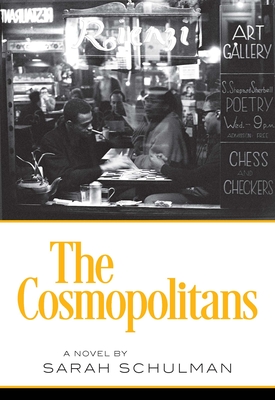 By Sarah Schulman
$15.95
Not Available In-Store - Usually Ships from Warehouse in 1-5 Days

In this retelling of Balzac's Parisian classic Cousin Bette, Sarah Shulman spins her revenge story in Mad Men-era New York City. Bette, a lonely spinster, has worked as a secretary at an ad agency for thirty years. Her only real friend is her apartment neighbor Earl, a black, gay actor with a miserable job in a meatpacking plant. Shamed and disowned by their families, both find refuge in New York and in their friendship.

Everything changes when Hortense, Bette's wealthy niece from Ohio, moves to the city to pursue her own acting career. Her arrival reminds Bette of her scandalous past and the estranged Midwestern family she left behind. When Hortense's calculating ambitions cause a rift between Bette and Earl, Bette uses her connections in the television ad world to destroy those who have wronged her.

Textured with the grit and gloss of midcentury Manhattan in the days before the Civil Rights and Feminist Movements, The Cosmopolitans "balance s] the hopes of an entire era on the backs of a fragile relationship. . . . Jarring and beautiful, this is a modern classic" (Kirkus Reviews, starred review).

Sarah Schulman's love of New York is evident in The Cosmopolitans, her 9th novel and 16th book. Distinguished Professor of the Humanities at CUNY, her honors and awards include a Guggenheim in Playwriting and a Fulbright in Judaic Studies. A well known literary chronicler of the marginalized and subcultural, Sarah's fiction has focused on queer urban life for thirty years. Her nonfiction includes The Gentrification of The Mind, a memoir of the homogenization of her city in the wake of the AIDS crisis. Her plays and films have been seen at Playwrights Horizons, The Berlin Film Festival and The Museum of Modern Art. An AIDS historian, Sarah is co-founder of the ACT UP Oral History Project. She is on the advisory board of Jewish Voice for Peace and is faculty advisor to Students for Justice in Palestine at the College of Staten Island.
My Account • Sign In • Sign Out • Register
NEW & USED BOOKS
AUTHOR EVENTS • GIFTS
Tempe
6428 South McClintock Drive
480.730.0205
[Google Map]
10am-7pm daily
Trade Counter 11am-6pm daily