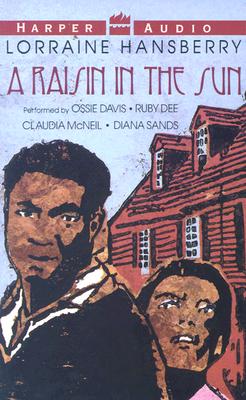 By Lorraine Hansberry, Ossie Davis (Read by)
$18.95
Email or call for price.

When it was first produced in 1959, A Raisin in the Sun was awarded the New York Drama Critics Circle Award for that season and hailed as a watershed in American drama. A pioneering work by an African-American playwright, the play was a radically new representation of black life.

Lorraine Hansberry was the youngest American playwright ever to win the Best American Play Award from the New York Drama Critics' Circle. Her other worksinclude The Sign in Sidney Brustein's Window and Les Blancs. She died of cancer at thirty-four.

Ossie Davis illumined America's stage and screen for two generations. He distinguished himself as a writer, actor, director, and narrator. A short list of his film work includes: I'm Not Rappaport, The Client, Grumpy Old Men, and Do the Right Thing. He and his wife Ruby Dee were 1995 recipients of the National Medal of Arts Award. On Feb. 4, 2005 Ossie Davis died at the age of 87.