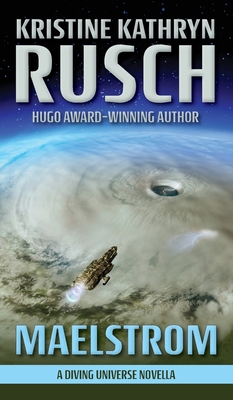 Nedda Ferguson-Lithe lost her father on the Gabriella's final mission. The ship's disappearance remains one of the great mysteries of the sector.

But as Nedda interviews the crew's survivors, she finds more questions than answers.

No one knows who or what causes the maelstroms that make exploring N jar Crater on Madreperla so dangerous. But everyone knows that the rumors of the crater's riches prove far too tempting despite the danger.

Every time a ship ventures into that crater, a maelstrom drives it out. Or destroys it. Nedda hopes to find out which fate met the Gabriella-and her father.

"Like everything Kristine Kathryn Rusch] writes, the story is beautifully-told and has a lot of heart. Who could ask for anything more?"

"This is classic sci-fi, a well-told tale of dangerous exploration."

- RT Book Reviews (Top Pick) on Diving into the Wreck