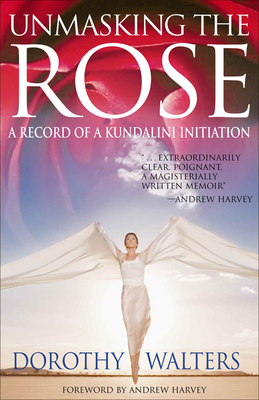 By Dorothy Walters
$22.95
Email or call for price.

When she was in her early fifties, Dorothy Walters, a Midwestern college professor, had a profound experience that took her ten years to fully assimilate. She didn't almost die and come back; she didn't get abducted by black-eyed aliens; and she didn't float out of her body to visit other dimensions. No, she had a mystical experience that spontaneously unfolded right in her own body. Her kundalini awoke.

Kundalini is well-known in the East as the basic life force energy that normally sleeps in most people but can suddenly stir and start to radically transform everything in one's life, restructuring the self at the deepest level. When kundalini stirs-and this especially can happen at midlife--potentially all of consciousness gets illumined by its dazzling light. As Walters reveals, awakening kundalini can be a joyous and tumultuous ride until the body and psyche settle down. For her, it was an experience characterized by unimaginable bliss and bodily ecstasy as well as periods of intense pain and suffering.

"After years of avoiding psychic or intense spiritual encounters, I was singled out and captured by a new spiritual energy, one that appeared to originate within my body. My awakening was abrupt and unforeseen, my life transformed in a single instant of grace."

Unmasking the Rose is Dorothy Walters's frank and personal narrative of that ten-year ride on the kundalini wave, a unique day-by-day chronicle of her changes in which her only teacher was the inner guide, the solitary voice within.

For Walters, the process was well worth the extremes, for it opened for her a path of authentic union with the divine, with the "Beloved Within."