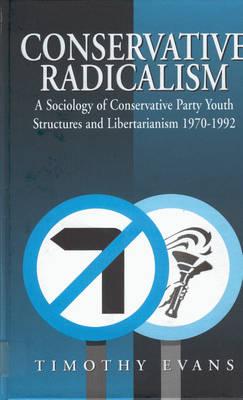 If you share the commonly-held notions about the New Right, which typically associate it with a reactionary ideology of social and economic change, then you are in for a surprise: this study - the first to be carried out from the inside - shows that, at least so far as its young members are concerned, their core values rest upon a radical agenda that is explicitly internationalist, individualist, culturally relativist and secularist. After examining the social background and political psychology of the young Libertarians, the author comes to the conclusion that in adhering to a world view that has more to do with individualism - or property-rights anarchism- than any form of collectivist ideology, such as Fascism; they represent the antithesis of traditional Burkean thought. For, while Conservatives have historically adhered to the authority of religion, prescription, instinct and communitarianism, Libertarians place their faith in the authority of reality, reason, mankind and capitalism. As a school whose epistemology is reason, ethics - self-interest and politics - and anarcho-capitalism, they represent, so the author argues, an important post-modern paradigm shift in both Conservative thought and activism.