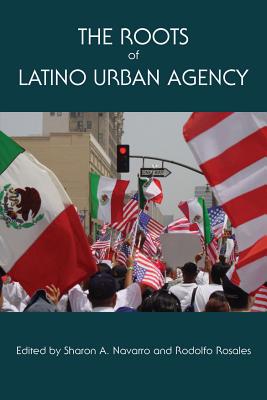 By Sharon A. Navarro (Editor), Rodolfo Rosales (Editor)
Email or call for price

The 2010 US Census data showed that over the last decade the Latino population grew from 35.3 million to 50.5 million, accounting for more than half of the nation’s population growth. The editors of The Roots of Latino Urban Agency, Sharon Navarro and Rodolfo Rosales, have collected essays that examine this phenomenal growth. The greatest demographic expansion of communities of Mexican Americans, Puerto Ricans, and Cuban Americans seeking political inclusion and access has been observed in Los Angeles, Miami, Chicago, and San Antonio.
Three premises guide this study. The first premise holds that in order to understand the Latino community in all its diversity, the analysis has to begin at the grassroots level. The second premise maintains that the political future of the Latino community in the United States in the twenty-first century will be largely determined by the various roles they have played in the major urban centers across the nation. The third premise argues that across the urban political landscape the Latino community has experienced different political formations, strategies, and ultimately political outcomes in their various urban settings.
These essays collectively suggest that political agency can encompass everything from voting, lobbying, networking, grassroots organizing, and mobilization, to dramatic protest. Latinos are in fact gaining access to the same political institutions that worked so hard to marginalize them.
“The Roots of Latino Urban Agency expands our understanding of Latino politics at the grassroots level, across multiple cities and time periods.”—Lisa García Bedolla, author, Fluid Borders and Latino Politics