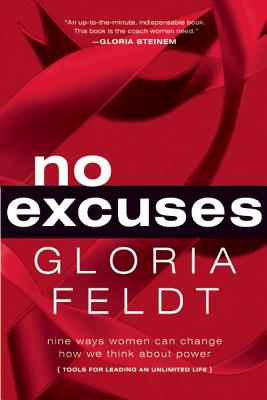 An invaluable guidebook, which contends that the most vexing problems facing women today isn't that doors of opportunity aren't open but that not enough women are walking through them

Feminist icon Gloria Feldt pulls no punches in this new book, which argues that the most confounding problem facing women today isn't that doors of opportunity aren't open, but that not enough women are walking through them. From the boardroom to the bedroom, public office to personal relationships, she asserts that nobody is keeping women from parity-except themselves.
Feldt puts women's power into an historical context, showing the ways in which women have made huge leaps forward in the past, only to pull back right when they were at the threshold. Feldt argues that there's no excuse-whether it's the way women are socialized, or pressure to conform, or work/life balance issues-for women today not to own their power. Women are still facing unequal pay, being passed over for promotions, entering public office at a much lesser rate than men, and oftentimes still struggling with traditional power dynamics in their interpersonal relationships. Feldt's solution to all these places where women face inequality is the same: we need to shift the way we think to achieve true parity with our male counterparts.

No Excuses is divided into nine chapters that organized around how women can change the way they think, and therefore the way they act. These include: Know Your History and You Can Create the Future of Your Choice; Define the Terms-First; Embrace Controversy; Employ Every Medium; and other helpful ideas for using the tools and resources women already have to create the changes they want to see. No Excuses is a timely and invaluable book to help women equalize gender power in politics, work, and love.

Gloria Feldt is the author of The War on Choice (Bantam 2004), a nationally prominent women's rights activist, and the former President and CEO of Planned Parenthood Federation of America.