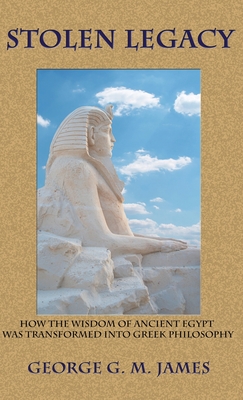 George James was a professor at a small black college in Arkansas during the 1950s when he wrote this book. Originally from Guyana, he was an intellectual who studied African and European classics. He soon realized something was wrong with the way the history of philosophy had been documented by Western scholars. Their biggest mistake, according to James, was they had assumed philosophy had started with the Greeks. James had found that philosophy was almost entirely from ancient Egypt and that the records of this had not only been distorted but, in many cases, deliberately falsified. His conclusion was that there was no such thing as Greek philosophy because it was stolen from the Egyptians. As a result, this was one of the first books to be banned from colleges and universities throughout North America. Although opponents have eventually found some flaws, it remains a groundbreaking book to this day. Even the famous Greek historian from the 5th century, Herodotus, admitted that the Greeks had borrowed many important ideas and concepts from the Egyptians. These ideas covered not just philosophy, but also medicine, architecture, politics and more. The purpose of this book is to restore the truth about African contributions to higher thought and culture.