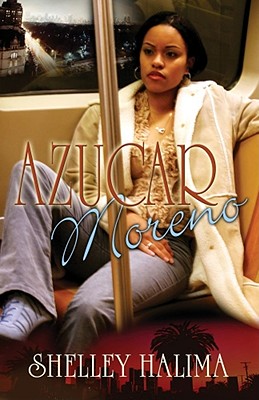 Azùcar Moreno is a comedic drama laced with erotica about young woman overcomes opposition, tragedy, and her own fears to pursue her dreams, even as it seems her friendships and relationships are unraveling all around her.

Nikki Moreno has finally made the difficult decision to leave her loved ones and move to LA to fulfill her dream of acting. Before she leaves, she decides to throw a party to celebrate the impending birth of her best friend's child. But the celebration quicky deteriorates into drama, reconnecting with old flames, secrets revealed from her closest friends, and tragic news.

Rosie, Nikki's cousin, is beautiful and bisexual. She cares for handsome Alejandro, but she also has feelings for her and Nikki's friend Crystal. She thought that Crystal would never reciprocate her feelings in any way—but when she does, the repercussions put their ten-year friendship in jeopardy.

Rhonda deeply loves her gambling addicted boyfriend Dante, who has only caused trouble and cost her financially. When men who Dante owes money to grow impatient waiting to be repaid, the cost might be her life.

The lovely and sophisticated Crystal hides dark secrets beneath her proper exterior lies, desires that she tries to keep hidden from those closest to her. So when she engages in a steamy menage-a-trois with Rosie and Alejandro, she only makes excuses in an attempt backtrack her actions and reclaim her sophisticated appearance.

Mario comes back to town for the celebration and brings not only love for Nikki, but also the final push she needs to leave those dear to her and pursue her career in LA.

When Rhonda and Dante briefly separated, Chico—Mario’s older brother—and Rhonda spent the night together and he believes the child she's carrying is actually his. Because Rhonda is in love with Dante, she refuses to accept even the possibility that it could be anyone's child other than Dante's.

Writer, lyricist, and poet Shelley Halima was born in Charlotte, North Carolina, and raised in Detroit, Michigan, where she currently resides. She is the author of Azucar Moreno and Los Morenos.