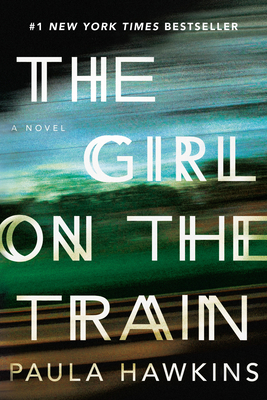 Take the psychological suspense of Gone Girl and add it to the dread of Strangers on a Train and you've got Girl on the Train! Hawkins' debut is poised to be one of the most talked about books of 2015 and with good reason: she's written a skilled thriller that we can all relate to (especially commuters!) All of us, at one time, have stared dully out of a moving vehicle, our gaze snagging on something and our imagination running wild. Rachel takes the same train every day, and every day she makes sure to look for the "perfect couple" that live in her old neighborhood. She thinks about them often, conjecturing that they live the kind of ideal life she dreamed about with her ex-husband. But then she sees something odd and is pulled into a murder case stranger than anything she could have imagined. I raced through the pages, eager to make it to the end, and I loved that I not only got Rachel's shaky point of view (I love a good unreliable narrator!), but that of the missing woman and her neighbor, the new wife of Rachel's ex. Pick this up for the great cover design and stay for the engrossing story!

“This is one of the most compelling thrillers I have read in years! With alternating perspectives ranging from the fantasies of a young woman who watches a couple from the window of her train commute every day, to the true story of the couple themselves, and a missing person case, the reader is plunged into a twisting, turning mystery of deception and misdirection. Rarely have there been so many shocking revelations in a single novel! Just when you believe you have a grasp on the entire mystery, Hawkins pulls the rug out from under you with yet another breathtaking plot revelation. An exceptional read!”
— William Carl, Books On The Square, Providence, RI

Rachel takes the same commuter train every morning and night. Every day she rattles down the track, flashes past a stretch of cozy suburban homes and stops at the signal that allows her to daily watch the same couple having breakfast on their deck. She's even started to feel like she knows them. Jess and Jason, she calls them. Their life—as she sees it—is perfect. Not unlike the life she recently lost.

And then she sees something shocking. It's only a minute until the train moves on, but it's enough. Now everything's changed. Unable to keep it to herself, Rachel goes to the police. But is she really as unreliable as they say? Soon she is deeply entangled not only in the investigation but in the lives of everyone involved. Has she done more harm than good?

Paula Hawkins worked as a journalist for fifteen years before turning her hand to fiction. The Girl on the Train is her first thriller. An international #1 bestseller, published in 50 countries and over 40 languages, it has sold over 11 million copies worldwide and has been adapted into a major motion picture starring Emily Blunt. Hawkins was born in Zimbabwe and now lives in London.

“The Girl on the Train marries movie noir with novelistic trickery. . . hang on tight. You'll be surprised by what horrors lurk around the bend.”—USA Today

“Like its train, the story blasts through the stagnation of these lives in suburban London and the reader cannot help but turn pages. . . . The welcome echoes of Rear Window throughout the story and its propulsive narrative make The Girl on the Train an absorbing read.”—The Boston Globe

“[The Girl on the Train] pulls off a thriller's toughest trick: carefully assembling everything we think we know, until it reveals the one thing we didn't see coming."—Entertainment Weekly

“Gone Girl fans will devour this psychological thriller. . . . Hawkins’s debut ends with a twist that no one—least of all its victims—could have seen coming.”—People

“Given the number of titles that are declared to be 'the next' of a bestseller . . . book fans have every right to be wary. But Paula Hawkins’ novel The Girl on the Train just might have earned the title of 'the next Gone Girl.”—Christian Science Monitor

“Hawkins’s taut story roars along at the pace of, well, a high-speed train. …Hawkins delivers a smart, searing thriller that offers readers a 360-degree view of lust, love, marriage and divorce.”—Good Housekeeping

“There’s nothing like a possible murder to take the humdrum out of your daily commute.”—Cosmopolitan

"Paula Hawkins has come up with an ingenious slant on the currently fashionable amnesia thriller. . . . Hawkins juggles perspectives and timescales with great skill, and considerable suspense builds up along with empathy for an unusual central character."—The Guardian

“Paula Hawkins deftly imbues her debut psychological thriller with inventive twists and a shocking denouement.  … Hawkins delivers an original debut that keeps the exciting momentum of The Girl on the Train going until the last page.”—Denver Post

“The Girl on the Train, Hawkins’s first thriller, is well-written and ingeniously constructed.” – The Washington Post

“The novel is at its best in the moment of maximum confusion, when neither the reader nor the narrators know what is occurring” – The Financial Times

“This fresh take on Hitchcock’s Rear Window is getting raves and will likely be one of the biggest debuts of the year.”—Omaha World-Herald

“Hawkins’s tale of love, regret, violence and forgetting is an engrossing psychological thriller with plenty of surprises. . . . The novel gets harder and harder to put down as the story screeches toward its unexpected ending.”—Minneapolis Star Tribune

“The Thriller So Engrossing, You'll Pray for Snow: Send in the blizzards, because nothing as mundane as work, school or walking the dog should distract you from this debut thriller. A natural fit for fans of Gone Girl-style unreliable narrators and twisty, fast-moving plots, The Girl on the Train will have you racing through the pages."—Oprah.com

“It's difficult to say too much more about the plot of The Girl on the Train; like all thrillers, it's best for readers to dive in spoiler-free. This is a debut novel—Hawkins is a journalist by training—but it doesn't read like the work of someone new to suspense. The novel is perfectly paced, from its arresting beginning to its twist ending; it's not an easy book to put down. . . . . What really makes The Girl on the Train such a gripping novel is Hawkins' remarkable understanding of the limits of human knowledge, and the degree to which memory and imagination can become confused.”—NPR.org

“[L]ike Gone Girl, Hawkins's book is a highly addictive novel about a lonely divorcee who gets caught up in the disappearance of a woman whom she had been surreptitiously watching. And beyond the Gone Girl comparisons, this book has legs of its own.”—GQ.com

“Paula Hawkins’ thriller is a shocking ride.” –US Weekly
“An ex-wife indulges her voyeuristic tendencies in Paula Hawkins’s film-ready The Girl on the Train. In the post-Gone Girl era, crimes of love aren’t determined by body counts or broken hearts, but by who controls the story line.” –Vogue

“The Girl on the Train [is] a harrowing new suspense novel…a complex and thoroughly chilling psychological thriller… The Girl on the Train is one of those books where you can’t wait — yet almost can’t bear — to turn the page. It’s a stunning novel of dread.” –New York Daily News

“The Girl on the Train by Paula Hawkins is a psychologically gripping debut that delivers.” –The Missourian

“The Girl on the Train is the kind of slippery, thrilling read that only comes around every few years (see Gone Girl).” –BookPage

“Hawkins, a former journalist, is a witty, sharp writer with a gift for creating complex female characters.” –Cleveland Plain Dealer

“The Girl on the Train is as tautly constructed as Gone Girl or A.S.A. Harrison's The Silent Wife, and has something more: a main character who is all screwed up but sympathetic nonetheless. Broken, but dear. . . . No matter how well it's written, a suspense novel can fall apart in the last pages, with an overly contrived or unbelievable ending. Here, The Girl on the Train shines, with its mystery resolved by a left-field plot twist that works, followed, surprisingly, by what you might call a happy ending.”—Newsday

“I’m calling it now: The Girl on the Train is the next Gone Girl. Paula Hawkins’s highly anticipated debut novel is a dark, gripping thriller with the shocking ending you crave in a noir-ish mystery.” –Bustle

“Rachel takes the same train into London every day, daydreaming about the lives of the occupants in the homes she passes. But when she sees something unsettling from her window one morning, it sets in motion a chilling series of events that make her question whom she can really trust.”—Woman’s Day

“Hawkins’s debut novel is a tangle of unreliable narrators, but what will have readers talking is her deft handling of twists and turns and her eerily fine-tuned narrative. This is one creepy, dark thriller. . . . The book is smartly paced and delightfully complex. Just when it seems Hawkins is leading us one way, Rachel, Anna, or Megan change the game. Nothing can be taken for granted in The Girl on the Train, not even the account of the girl herself.”—Las Vegas Weekly

"Psychologically astute debut . . .  The surprise-packed narratives hurtle toward a stunning climax, horrifying as a train wreck and just as riveting."—Publishers Weekly (starred review)

“[A] chilling, assured debut. . . . Even the most astute readers will be in for a shock as Hawkins slowly unspools the facts, exposing the harsh realities of love and obsession's inescapable links to violence.”—Kirkus (starred review)

“intricate, multilayered psychological suspense debut, from a staggered timeline and three distinct female narrators. Rachel, who is unabashed in her darker instincts, anchors the narrative. Readers will fear, pity, sympathize and root for her, though she's not always understandable or trustworthy. . . . En route to a terrorizing and twisted conclusion, all three women—and the men with whom they share their lives—are forced to dismantle their delusions about others and themselves, their choices and their respective relationships.”—Shelf Awareness

"This month we're gearing up for Paula Hawkins's mystery The Girl on the Train. Its three narrators keep readers guessing as they try to suss out who's behind one character's shocking disappearance. Can you figure out who did it before they do?"—Martha Stewart Living

“What a thriller!”—People Style Watch

“I simply could not put it down.”—Tess Gerritsen, New York Times–bestselling author of the Rizzoli and Isles series

“Gripping, enthralling—a top-notch thriller and a compulsive read.”—S. J. Watson, New York Times–bestselling author of Before I Go to Sleep

“Be ready to be spellbound, ready to become as  obsessed. . . . The Girl on the Train is the kind of book you’ll want to press into the hands of everyone you know, just so they  can share your obsession and you can relive it.”—Laura Kasischke, author of The Raising

“What a group of characters, what a situation, what a book! It’s Alfred Hitchcock for a new generation and a new era.”—Terry Hayes, author of I Am Pilgrim

“Artfully crafted and utterly riveting. The Girl on the Train’s clever structure and expert pacing will keep you perched on the edge of your seat, but it’s Hawkins’s deft, empathetic characterization that will leave you pondering this harrowing, thought-provoking story about the power of memory and the danger of envy.”—Kimberly McCreight, New York Times–bestselling author of Reconstructing Amelia