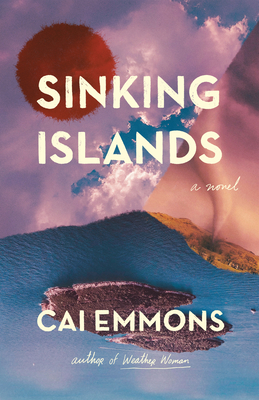 Sinking Islands continues the story of Bronwyn Artair, a scientist who possesses the power to influence the natural forces of the Earth. After several successful interventions, including one in Siberia, she has gone into hiding, worried about unintended consequences of her actions, as well as about the ethics of operating solo. But circumstances call her to action again, and an idea takes shape: What if she could impart her skill to other people? Gathering a few kindred souls from climate-troubled places around the world--Felipe from S o Paulo, where drought conditions are creating strains on day-to-day life; Analu and his daughter Penina from a sinking island in the South Pacific; and Patty from the tornado-ridden plains of Kansas--she takes them to the wilds of Northern New Hampshire where she tries to teach them her skill. The novel, realistic but for the single fantastical element, explores how we might become more attuned to the Earth and act more collaboratively to solve the enormity of our climate problem.

Ron Carlson is the author of eight books of fiction, most recently The Signal. His short stories have appeared in Esquire, Harper s, The New Yorker, and other journals, as well as The Best American Short Stories, The O. Henry Prize Series, The Pushcart Prize Anthology, The Norton Anthology of Short Fiction, and other anthologies. He has received a National Endowment for the Arts Fellowship in Fiction and a National Society of Arts and Letters Literature Award. His book on writing, Ron Carlson Writes a Story, is taught widely. He is director of the Graduate Program in Fiction at the University of California, Irvine."