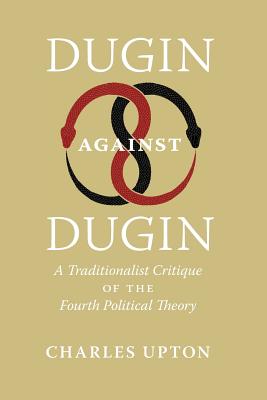 Dugin against Duginis the most detailed critique yet published of the theories of Russian political leader and philosopher Aleksandr Dugin. His critics call him "mysterious, dangerous"--but he is no mystery to those who have preserved an instinct for the Unity of Truth, and can therefore see how his ideas both relate to one another and contradict each other.

Charles Upton is an exponent of traditional metaphysics, a veteran of the U.S. peace movement, a Muslim, a Sufi, and as a native-born American. No critic of Aleksandr Dugin is more in sympathy with his essential worldview; none is more outraged by what he's done with it. That's why the author has confronted him on every level, in nearly every field that Dugin has chosen to address.

Dugin has made a valiant attempt to ground his politics in metaphysics. Unfortunately, his metaphysics are inverted, his view of Orthodox Christianity heretical, his image of Islam twisted, and his flirtation with Satanism all too obvious. No contemporary political theorist has faced the doom of Man more bravely; no social critic has seen the evils of extreme Postmodern Liberalism more clearly--yet he can provide no real alternatives. He has deviated from what traditional metaphysicians Ren Gu non and Julius Evola called the Primordial Tradition, and turned instead to deception and self-contradiction.

Dugin against Duginshines a light on the transformation of religion and the peace movement in the U.S. over the past half-century, the 180-degree inversion of the American Left, the dangers and potentials of the Alt Right, and what true American patriotism might look like in the 21stcentury. It presents traditional metaphysics as a liberation from political ideology, expands on Gu non's "science of Apocalypse," and recounts the history of the Covenants Initiative--an international peace movement co-founded by the author in 2013.