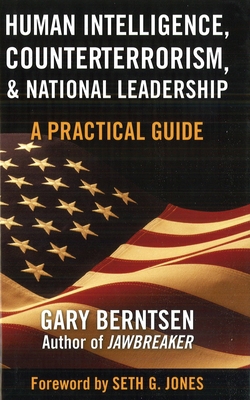 The next president of the United States faces innumerable complex problems, from a possible prolonged recession to climate change. An immediate difficulty for the president will be the global conflict between the West and Islamic jihadists and state sponsors of terrorism. The creation of the Department of Homeland Security and the recommendations of the 9/11 Commission notwithstanding, the administration needs to be armed and ready to tackle much more in the areas of intelligence and counterterrorism. The president can and must assume a hands-on, informed leadership role if the United States wants to make progress in the war on terror.  Gary Berntsen has written this book as a guide for an incoming president and White House staff so that they may master current human intelligence and counterterrorism operations. After reading its highly specific recommendations and policy prescriptions, the president and his or her staff will be able to draft a First Directive for the leadership of the intelligence and national security communities outlining how the administration wants those communities to proceed and to defend the nation’s interests.  Human Intelligence, Counterterrorism, and National Leadership will be of interest to legislators, policymakers, and anyone concerned about intelligence and terrorism policy. With a foreword by Seth G. Jones, a political scientist at the RAND Corporation and Adjunct Professor in the Security Studies Program at Georgetown University. He is the author of In the Graveyard of Empires: America’s War in Afghanistan and The Rise of European Security Cooperation.

Gary Berntsen is a retired senior CIA operations officer who has served as a chief of station on three separate occasions. He led the CIA’s most important counterterrorist deployments from 1995 through 2005. Since May 2007 he has been serving as an intelligence and counterinsurgency adviser in eastern Afghanistan. Berntsen is the author of the bestseller Jawbreaker: The Attack on Bin Laden and Al Qaeda (Crown, 2005). He has done more than seventy-five television appearances as well as numerous appearances on CNN, Fox, MSNBC, and NBC. He lives in Forest Hills, New York.

“Gary Berntsen knows firsthand the evil threat of Islamic terrorism. In this highly informative but immensely readable book, he is not afraid to speak unpleasant truths. Even more important, Berntsen provides a roadmap that could lead us to victory, if we have the will.”—Congressman Peter T. King (R-NY), ranking member and former chairman of House Homeland Security Committee

"Gary is in many ways a modern day Paul Revere, whose warnings shine a light on a new and determined enemy. This book is a call to action for decision makers and members of the intelligence community who have grown frustrated with business as usual."—John Kasich, Fox News Channel commentator, frequent guest-host for the O'Reilly Factor, and author, Stand for Something: The Battle for America's Soul

“This thought-provoking book not only highlights the problems in the counterterrorism world but also offers workable solutions. Berntsen distills his experience into a systematic, well-written blueprint for the next administration. This book should be read by anyoneworking in this field, political scientists, and citizens wanting to understand what changes need to take place to empower America to defeat terrorists.”—Walter Purdy, Vice President, Terrorism Research Center

"A wise tutorial for anyone seriously interested in how [human intelligence] actually works — or doesn’t. . . . Far from a rehash of the woes that are continuing to chase experienced and talented CIA counterterrorism officers out of the building as soon as they’re eligible for retirement, Berntsen offers a wide array of thoughtful Rx’s for sharpening the point of the spear."—Jeff Stein, CQ Homeland Security

"Educated and scholarly reading on America’s problems when it comes to dealing with terror, [this book] is very much recommended reading"—Midwest Book Review

“For both readers familiar with intelligence work and to those to whom it is an intriguing mystery, Gary Berntsen’s latest work has much to offer. The brief book is a good introduction to a wide range of problems likely to remain critical for years to come. Even when one disagrees with the author’s arguments, their clarity and balance deserve careful consideration.”—American Intelligence Journal