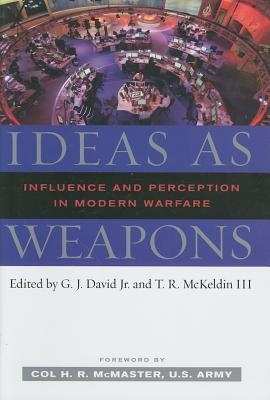 The United States has struggled to define its approach to what has been called the “information battlefield” since the information era began. Yet with the outbreak of the war on terror, the United States has been violently challenged to take a position and react to the militants’ use of emerging information technology. Ideological demigods operating against the United States now have unprecedented channels by which to disseminate their message to those targets who are uncertain, sympathetic, or actively supportive of their philosophy. From the caves of southeastern Afghanistan to the streets of Baghdad, “the message” has dominated the thinking of those who perpetrate horrific acts of violence, whether in the name of ideology, ethnic and sectarian partisanship, or religion.This anthology is divided into four sections: geopolitical, strategic, operational, and tactical. The geopolitical perspective covers world politics, diplomacy, and the elements of national power, excluding military force. The strategic view examines where the violence has begun and the military element of power. The operational perspective handles the campaigns to accomplish a specific purpose on the world stage—for example, as in the Iraq campaign. The tactical level takes the individual’s role into account. Because the nexus of information conflict is most easily seen in the world’s contemporary violent confrontations, this anthology reflects the experience and lessons learned by military personnel who have managed these difficult issues. With a foreword by Colonel H. R. McMaster, U.S. Army, the author of Dereliction of Duty: Johnson, McNamara, the Joint Chiefs of Staff, and the Lies That Led to Vietnam.

G. J. David Jr., is an active-duty major in the United States Marine Corps with field experience in the operating forces, with the Joint Staff, and with the national intelligence agencies and military services of the United States and other nations. He has also worked as a congressional staffer. He is a resident of Arlington, Virginia.

“Never has information—the lifeblood of ideas, perceptions, emotions, decisions—been more a factor in success or failure than in the post-9/11 world. It has taken us far too long to comprehend fully the implications of use and denial of information. We were experts at it once—now it’s time to get renewed and recharged. This anthology provides a vital first step in this renewal. The rest is up to us. Thanks to these smart, tough professionals, we have a guide.”—Brig. Gen. Ret. Tom Draude, USMC, president, Marine Corps University Foundation

“Captures many of the tactical information operations that ensured our success during Operation al-Fajr in Fallujah. Kudos to the contributors to Ideas As Weapons who shed a light on what IO is all about."—Lt. Gen. Richard F. Natonski, USMC

“Current Army and Marine Corps doctrine, documented in FM 3-24, points out that information operations may often be the decisive line of operation in counterinsurgency. Ideas as Weapons underscores the critical role of information in modern conflict and reveals the efforts of numerous serving officers to apply that doctrine under real-world conditions. Perceptions extend to influence, and in our battle of competing narratives with a medieval-thinking enemy, we must learn how to persuasively communicate our message. This compilation will appeal to anyone interested in this underappreciated and understudied component of war.”—Gen. James N. Mattis, USMC

“While there remains much doctrinal confusion on information operations, this anthology brings clarity to a range of issues and provides practical, relevant, and recent examples from the field, emphasizing the critical role of intelligence in driving operations.”—Brig. Gen. Richard M. Lake, USMC

“Ideas as Weapons provides a rich menu of expert contributors, important topics, and careful assessment that will be of immense value to scholars in national security studies, to policymakers who must grapple with the ‘war of ideas,’ and to military leaders who must plan and conduct wars both conventional and irregular."—Stephen J. Cimbala, distinguished professor of political science, Penn State University—Brandywine

“Just what we were looking for—a book on information warfare that centers on people, not machines.”—Martin van Creveld