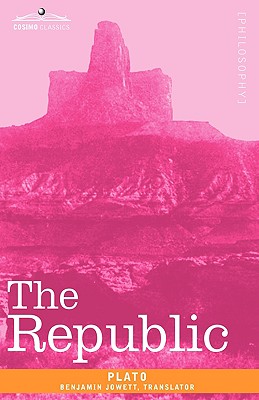 By Plato, Benjamin Jowett (Translator)
Email or call for price

It is the first expression of the concept of a Utopia, a perfect society. It is the first thoughtful examination of the concept of an "inner life." It is the classic discussion of concepts of justice. It is a profoundly reflective work on the nature of philosophy itself. It is 2,300 years old, and one of the greatest books humanity has ever produced. Written around 360 B.C., The Republic--by the Greek philosopher and mathematician PLATO (c. 428 B.C.-c. 347 B.C.)--is the foundational work of Western thought, with notable influences on thinkers and writers as diverse as Shakespeare, Saint Augustine, and Bertrand Russell. It is impossible to overstate its importance, and its wisdom is so intense, wide-ranging, and often seemingly contradictory that it continues to generate heated debate, even controversy, to this day. Essential reading for anyone who wishes to consider him- or herself educated, this is the unabridged Republic presented in the highly readable 1894 translation by Benjamin Jowett.