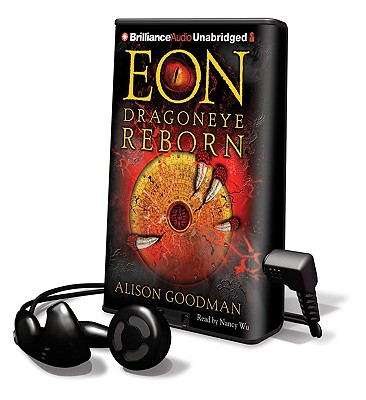 Eon has been studying the ancient art of Dragon Magic for four years, hoping he'll be able to apprentice to one of the twelve energy dragons of good fortune. But he also has a dark secret. He is actually Eona, a sixteen-year-old girl who has been living a dangerous lie for the chance to become a Dragoneye, the human link to an energy dragon's power. It is forbidden for females to practice the Dragon Magic and, if discovered, Eon faces a terrible death. After a dazzling sword ceremony, Eon's affinity with the twelve dragons catapults him into the treacherous world of the Imperial court where he makes a powerful enemy, Lord Ido. As tension builds and Eon's desperate lie comes to light, readers won't be able to stop turning the pages . . .
My Account • Sign In • Sign Out • Register
NEW & USED BOOKS
AUTHOR EVENTS • GIFTS
Changing Hands Tempe
6428 S McClintock Dr, Tempe, AZ 85283
480.730.0205
[Google Map]
Mon-Sun: 10-6