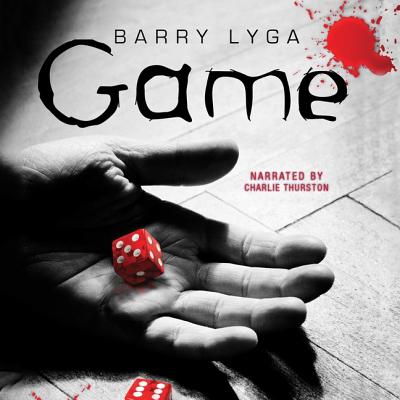 This is book number 2 in the I Hunt Killers Trilogy series.

Game is so good, it practically renders me incoherent! It starts where I Hunt Killers left off, with Billy on the loose and Jazz determined to hunt him down. But there's a gruesome serial killer haunting New York and detectives want his help — Jazz is willing, but doesn't want to be d istracted from his father's path — could he be closer than he realizes? A bloody, macabre read that ends with a gut-wrenching cliffhanger — I can't wait for the third book!

Several months have passed since Jazz helped the Lobo's Nod police force catch the serial killer known as the Impressionist. Every day since then, Jazz has dealt with the guilt of knowing he was responsible for his father's escape from prison. Now Billy Dent is on the loose, ready to kill again. Jazz's reputation has spread far beyond the borders of his sleepy hometown, and when a determined New York City detective comes knocking on Jazz's door asking for help with a new case, Jazz can't say no. The Hat-Dog Killer has the Big Apple in a panic, and the police are running scared. Jazz has already solved one crime, but at a high cost. Innocent people were murdered because of him. Is the Hat-Dog Killer his means of redemption? Or will Jazz get caught up in a killer's murderous game? And somewhere out there, Billy is watching ... and waiting. From acclaimed author Barry Lyga comes the heart-stopping sequel to I Hunt Killers-and this time, both the stakes and the body count are higher.