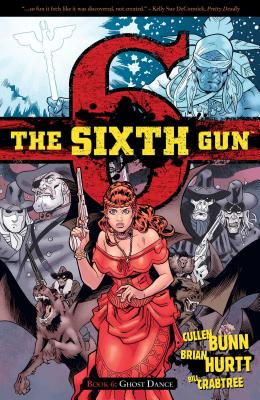 This is book number 6 in the The Sixth Gun series.

Our world has not always been this way. And our world may be different yet. Becky Montcrief embarks on a Ghost Dance to witness what the terrifying, reality-shaping power of the Six Guns have wrought... and what they might yet bring about. But she is pursued by a band of fierce Skinwalkers, and in order to survive these supernatural hunters, she must fight side-by-side with the most unexpected of allies—the four horsemen of General Oliander Bedford Hume!