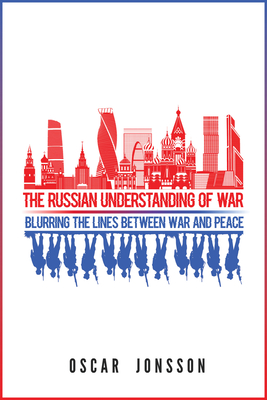 This book analyzes the evolution of Russian military thought and how Russia's current thinking about war is reflected in recent crises. While other books describe current Russian practice, Oscar Jonsson provides the much needed long view to show how Russian military strategic thinking has developed from the Bolshevik Revolution to the present. He closely examines Russian primary sources including security doctrines and the writings and statements of Russian military theorists and political elites. What Jonsson reveals is that Russia's conception of the very nature of war is now changing, where the old lines between a state of war and a state of peace are blurring. Information warfare and political subversion have become both tools and threats below the traditional threshold of armed violence. Jonsson also finds that Russia has considered itself to be at "war" with the United States and its allies since at least 2014, when the Russians believe the United States engineered a revolution in Ukraine to overthrow pro-Russian President Viktor Yanukovych. This book provides much needed context and analysis to be able to understand recent Russian interventions in Crimea and eastern Ukraine, how to deter Russia on the eastern borders of NATO, and how the West must also learn to avoid inadvertent escalation.