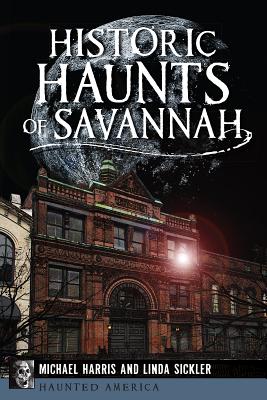 Join authors Michael Harris and Linda Sickler as they navigate the chilling world of the restless spirits of those who refuse to leave their Savannah homes.

As one of America's most haunted cities, Savannah, Georgia, has a long list of stories of both brutal violence and the supernatural, such as the story of the first two people hanged in colonial Savannah for the murder of their abusive master, their spirits still haunting Wright Square. Or James Stark, a tempestuous planter, and Dr. Philip Minis, who settled their dispute with a duel and still hang around the old building at Moon River Brewing Co. Even the legend of the terrifying boy-giant Rene Rhondolia, known as the Frankenstein of Savannah, who preyed on young girls and animals, is enough to make anyone in the Southeast sleep with their lights on.