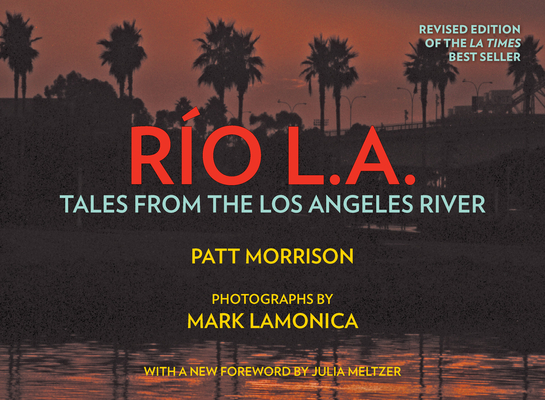 RIO-LA: Tales from the Los Angeles River 20th Anniversary Edition traces the history and lore of the Los Angeles River. When the book was first published in 2001, few people even regarded the river, but because of Morrison's devotion to the topic, LA River has been rediscovered. The river has become the center of the county's 2021 MasterPlan to reestablish it as the heart of the city, its lifeline to all things positive: an antidote to homelessness; a source of increased affordable housing; new jobs, good health; serenity. Morrison traces this rediscovery in her extensive new Afterword, following pages of river history, dating back to before the founding of the pueblo called Los Angeles. Together Morrison and Lamonica explore the river and the culture that evolves around this virtual oasis in a land of super highways and celluloid dreams.

Patt Morrison is an online columnist for the Los Angeles Times and has been a featured essayist on NPR's Morning Edition. She has been honored with the prestigious Joseph M. Quinn Memorial Journalist Award, four Emmys, four Golden Mike awards, and the ACLU's Freedom of Information award, as well as winning the Pulitzer Prize as part of the an LATImes team of reporters. She sits on the Board of Trustees of her alma mater Occidental College.Photographer Mark Lamonica has been taking pictures of the Los Angeles River for more than 25 years, and as an accomplished artist, has been a painter and sculptor for more than thirty years. His artwork has been exhibited throughout Los Angeles and pieces are owned by prominent private collectors.