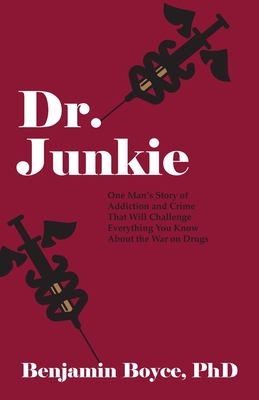 The war on drugs has long since lost any illusion of success. It is currently entering its second century of active combat, and drugs are cheaper and more abundant each year the war continues. Before 1914, drugs were legal in the United States. Heroin, cocaine, and morphine could be purchased at the corner store, and those who used drugs were generally contributing members of society. It wasn't until drugs were outlawed that all the problems began.

Humans are drug-using creatures. We have always loved to get high, and we always will. All attempts to restrict drugs have thus far failed, and no penalty is harsh enough to prevent users from using. The war has resulted in little more than dangerous conditions for drug users. We must contend with risky street markets, polluted products, fake drugs, unsanitary conditions, and the violence which often accompanies underworld commodities. But there is a better way. Dr. Junkie is a roadmap for explaining how we got here, as well as how we can get out.