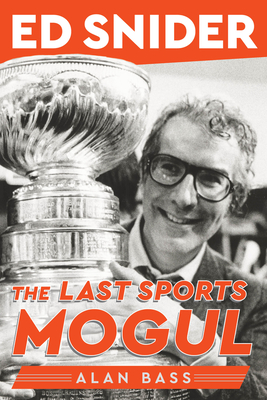 A multidimensional biography of one of Philadelphia's ultimate power brokers.

Most sports team owners make their money elsewhere and purchase a team as an extravagant hobby—but that is not the story of Ed Snider. One of the few owners in history to get control of a franchise by mortgaging nearly everything to his name, the longtime Philadelphia Flyers chairman would go on to form the billion-dollar empire of Comcast-Spectacor and cement his standing as one of the most influential businessmen in the city’s history.

Snider was ambitious and entrepreneurial, though extraordinarily demanding of those who worked for him. He was affectionate with his loved ones, yet often showed a surprising lack of emotional intelligence. His staunch capitalist beliefs contrasted his progressive-minded views on the business of hockey and in sharing his wealth with those in need.

The Last Sports Mogul embraces all sides of Snider to form a complex portrait of the unparalleled figure once named Philadelphia’s greatest mover and shaker of the millennium.

Thoroughly researched and reported, this is a fascinating business story encompassing humble beginnings, unprecedented success, and the values one chooses at the end of the day.

Alan Bass is a freelance writer who has covered the NHL for The Hockey News since 2009. His work has also appeared in outlets including NHL.com, Bleacher Report, CNN.com, and ESPN.com. He lives in Wenonah, New Jersey, where he owns a small business.