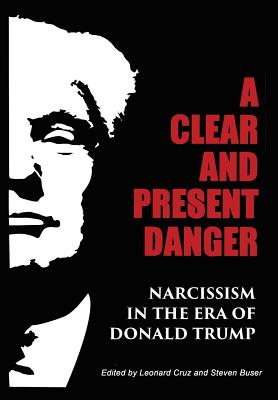 Narcissism is epidemic and there is scarcely a domain that is immune to its effects. A Clear and Present Danger: Narcissism in the Era of Donald Trump brings together bestselling authors, university professors, and practicing clinicians to explore this vital topic. "Every country has the government it deserves," said Alexis de Tocqueville, author of Democracy in America. Whatever history eventually records about the 2016 presidential election, this frank and thoughtful exploration of narcissism will prove to be a timely and timeless study. Narcissism demands to be mirrored and refuses to be challenged. It demands acclaim, obedience, and accommodation, while disregarding others. Whether narcissism overtakes the home, the workplace, or the national stage, everyone who comes under Narcissus's spell, both the narcissist and their subjects, suffer. Pundits insist that politics has seldom been as polarized as it became during the 2016 election in the United States. This was a coincidence of opposites, a coincidentia oppositorum. While Donald Trump galvanized vast numbers of angry, disaffected voters, Senator Bernie Sanders mobilized enormous crowds of young voters who seemed passionately committed to revolutionizing American politics. Regardless of the winner of the contest between Donald Trump and Hillary Clinton, it is vital to recognize what is happening on this global stage of politics. A Clear and Present Danger: Narcissism in the Era of Donald Trump explores the phenomenon of Trump as well as the vast landscape of narcissism in general. The contributors share a hope that these essays will become a mirror for the reader and for a nation called to examine itself. Dr. Est's reminds us in the closing pages, "We were made for times like these." Contributing Authors:
Jean Shinoda Bolen, Steven Buser, Leonard Cruz, Clarissa Pinkola Est's, Nancy Swift Furlotti, James Hollis, Alden Josey, Thomas Patrick Lavin, Kathryn Madden, Eve Maram, John McClain, Robert Moore, Laurence de Rosen, Susan Rowland, Nathan Schwartz Salant, Thomas Singer, Jacqueline West, James Wyly (For more information: trumpnarcissism.com)