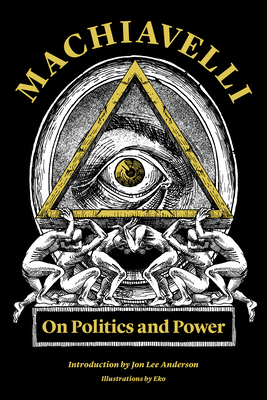 A classic work of political philosophy, Niccolò Machiavelli’s The Prince provides rulers with a how-to guide for governing. Though at times controversial in his approach, Machiavelli’s influential text remains a standard on the politics of governance with a renewed relevance in the turmoil of today’s contentious political landscape.

Widely held as one of the first works of modern political philosophy, The Prince is a practical guide for ruling (or a satirical guide on how not to rule). Machiavelli prefaces each chapter with a brief letter addressed to Lorenzo de’ Medici, the ruler of Florence, to whom he also dedicates the book, both admonishing and praising him for his governance. In simple prose and straightforward logic, Machiavelli takes on topics of power, politics, and war that continue to bear contemporary pertinence.

The Prince offers moderns readers a first-hand look at the causes and ramifications of poor governing in sixteenth century Italy, which are still applicable over five centuries later. Machiavelli’s extreme views on the separation of politics and ethics in governance has frightening parallels to a disconcerting trend in current global politics.

Niccolò Machiavelli (1469 – 1527) was an Italian diplomat, politician, historian, philosopher and writer of the Renaissance period. As a young Florentine envoy to the courts of France and the Italian principalities, he witnessed firsthand how people could be united under a powerful leader. This vision motivated his writing on acquiring and maintaining political power.