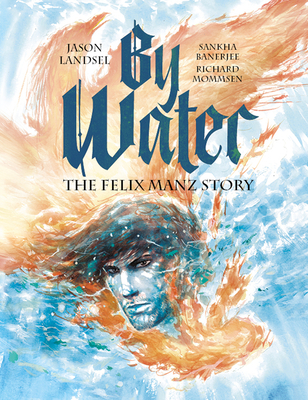 In a time of social upheaval, in a city astir with dangerous new ideas, the son of a Catholic priest becomes a leader of a nonviolent revolution. Five hundred years ago, in an age marked by war, plague, inequality, and religious coercion, there were people across Europe who dared to imagine a society of sharing, peace, and freedom of conscience. These radicals were ready to die for their vision. They were executed by the thousands--by water, by fire, and by sword--in both Catholic and Protestant states. Their stories come to life in this graphic novel series that dramatically recreates a little-known chapter in the history of the Reformation. By Water, is a true story of friendship and betrayal set in the Swiss city of Zurich. It chronicles the conflict between establishment reformer Ulrich Zwingli (1484-1531) and his student Felix Manz (1498-1527), who at first reveres Zwingli as a father figure but ends up drowned on Zwingli's orders for insisting that only adult believers should be baptized. In this dramatic visualization of the birth of the Radical Reformation, water is both wonder and weapon, a symbol of new life and a death sentence.

This action-packed, historically accurate account of young people standing up for their convictions against the corrupt political and religious leaders of their day will awaken courage and commitment in young readers today.