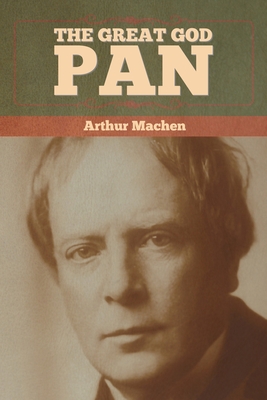 The Great God Pan is a horror and fantasy novella by Welsh writer Arthur Machen. Machen was inspired to write The Great God Pan by his experiences at the ruins of a pagan temple in Wales. What would become the first chapter of the novella was published in the magazine The Whirlwind in 1890. Machen later extended The Great God Pan and it was published as a book alongside another story, "The Inmost Light", in 1894. The novella begins with an experiment to allow a woman named Mary to see the supernatural world. This is followed by an account of a series of mysterious happenings and deaths over many years surrounding a woman named Helen Vaughan. At the end, the heroes confront Helen and force her to kill herself. She undergoes a series of supernatural transformations before dying and she is revealed to be the child of Mary and the god Pan.

On publication, it was widely denounced by the press as degenerate and horrific because of its implied sexual content, and the novella hurt Machen's reputation as an author. Beginning in the 1920s, Machen's work was critically re-evaluated and The Great God Pan has since garnered a reputation as a classic of horror. Literary critics have noted the influence of other nineteenth-century authors on The Great God Pan and offered differing opinions on whether or not it can be considered an example of Gothic fiction or science fiction. The novella has influenced the work of horror writers such as Bram Stoker, H. P. Lovecraft, and Stephen King, and has been adapted for the stage twice. (wikipedia.org)