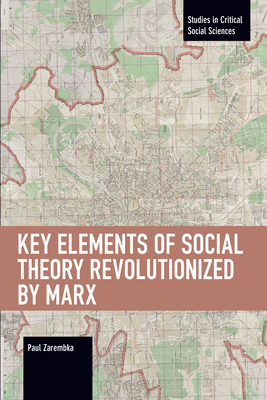 This innovative book hones in on key elements of Marx's vast oeuvre, focusing on his contribution to social theory. Themes addressed include: the declining utility of Hegelian philosophy for Marx, his deepening confrontation with Ricardian political economy, Engels' distorting impact on the publication of Capital, the place of the accumulation of capital, and especially of 'primitive accumulation', in Marx's thought, and more. Extending beyond an analysis of the writing of Marx himself, Zarembka highlights the contributions of Rosa Luxemburg in the realms of political economy and nationalism and closes the book with a consideration of state conspiracies.

Paul Zarembka is Professor of Economics, State University of New York at Buffalo, and general editor since 1977 of Research in Political Economy (Emerald). He is the author of many articles, as well as editor of Frontiers in Econometrics (Academic Press, 1974) and The Hidden History of 9-11 (Seven Stories Press, 2008). He is listed in Marquis' Who's Who in the World, among other listings. He worked at the International Labor Office in Geneva, Switzerland, was a Fulbright scholar in Poznan, Poland, and is an activist in his academic union.