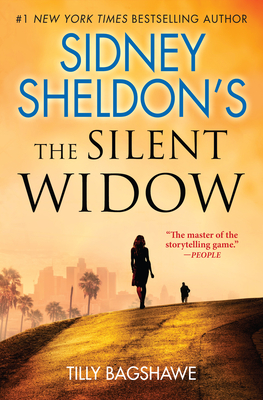 By Tilly Bagshawe
$26.99
Not Available In-Store - Usually Ships from Warehouse in 1-5 Days

A young American au pair, Charlotte Clancy, vanishes without a trace in Mexico City. The case is left cold, but its legacy will be devastating.

A decade later, LA is shaken by a spate of violent murders. Psychologist Nikki Roberts is the common link between the victims, her patients at the heart of this treacherous web. When someone makes an attempt on Nikki’s life, it’s clear she is a marked woman.

Nikki makes a living out of reading people, drawing out their secrets, but the key to this shocking pattern eludes her. With the police at a dead end Nikki drafts in Derek Williams, a PI who isn’t afraid to put his hand into the hornet’s nest. Williams was thwarted in the notorious Charlotte Clancy case all those years ago, but what he unearths in LA—and the mention of one name in particular—leaves him cold, and takes him on a dangerous path into the past.

A shadowy manipulator has brought his deadly game to the streets of LA. In a crime spanning generations, it seems Nikki Roberts knows all too much—and a ruthless killer knows the price of her silence.

In this crooked city, where enemies and friends are one and the same, Nikki must be the master of her own escape...

The late novelist and screenwriter Sidney Sheldon remains one of the world’s top bestselling authors, having sold more than 300 million copies of his books. His long line of bestsellers includes The Other Side of Midnight and Master of the Game. He is also the only writer to have won an Oscar, a Tony, and an Edgar. The Guinness Book of World Records heralds him as the most translated author in the world.Tilly Bagshawe is the New York Times bestselling author of twenty novels, including six books in the Sidney Sheldon series. She lives in Los Angeles and London with her husband and four children.

“With Sunday Times contributor Tilly Bagshawe, Sheldon returns with the ingredients of a formula that never gets old—family, greed and suspense—all just in time for the beach.”
—Daily Beast on Sidney Sheldon’s Mistress of the Game

“Sheldon fans have good reason to rejoice. The legacy truly lives on.”
—Bookreporter.com on Sidney Sheldon’s Angel of the Dark

“A story of murder and deception with twists and turns...If you are a fan of Sidney this book will be right up your alley.”
—Red Carpet Crash onSidney Sheldon’s The Silent Widow

Praise for Sidney Sheldon:
“The master of the storytelling game.”
—People

“Fast-moving...engrossing...Sidney Sheldon is a master at giving the public what it wants.”
—LA Times

“When you want a novel you simply cannot put down, go to Sheldon.”
—New York Daily News

“When it comes to concocting plots full of twists, Sheldon has no peer.”
—Associated Press

“Sheldon is an author working at the height of his power.”
—New York Times