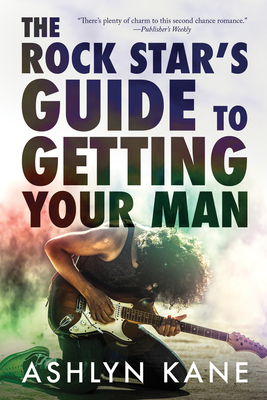 When Jeff Pine rents a cabin in the hometown he’s been avoiding for fifteen years, he just wants some time away from his rock 'n roll world to figure out his life. Instead he runs into his former BFF—and the inspiration for dozens of love songs—on the first day.

Park naturalist Carter Rhodes is a cinnamon roll dressed like a lumberjack. Fame and fortune don’t turn his head, but the snarky little nerd who followed him around as a kid? The guy who makes him laugh when he’s grieving and relax when he overextends himself? Not the rock star, but Jeff? That guy has a chance.

Jeff has always known Carter is it for him, but he’s facing a tour with increasingly hostile bandmates, a looming album deadline, and the suspicion that their label is up to no good. Can he find the courage—and the time—to write a true love song with Carter?

Ashlyn Kane likes to think she can do it all, but her follow-through often proves her undoing. Her house is as full of half-finished projects as her writing folder. With the help of her ADHD meds, she gets by.

An early reader and talker, Ashlyn has always had a flare for language and storytelling. As an eight-year-old, she attended her first writers’ workshop. As a teenager, she won an amateur poetry competition. As an adult, she received a starred review in Publishers Weekly for her novel Fake Dating the Prince. There were quite a few years in the middle there, but who’s counting?

Her hobbies include DIY home decor, container gardening (no pulling weeds), music, and spending time with her enormous chocolate lapdog. She is the fortunate wife of a wonderful man, the daughter of two sets of great parents, and the proud older sister/sister-in-law of the world’s biggest nerds.