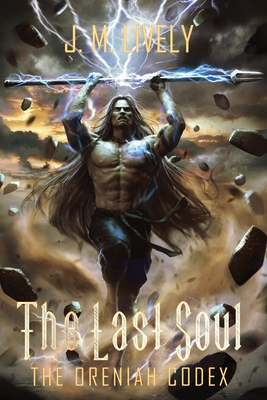 "Lathan was falling, not fast or slow. It was almost like gliding. Comfortably gliding toward a bright light. Specks of white were racing by him, or he was racing past them. He couldn't quite tell. Some lights even seemed to be circling his body. Although they zipped by quickly, the journey took a long time. Some lights pulsed and seemed to pace him. He wasn't sure what to make of that. All he felt was peace, acceptance of where he was, and where he was going.

The bright light didn't change in size, until it did. It seemed so distant for so long, never changing. Then it grew and grew. The light was getting larger rather quickly now. It was tinted gold, like yellow flames on the outside of an orb. Right when he passed through the light, those same golden flames licked at him and warmed his whole body. Before it was like traveling through a dark tunnel that was speckled with pinpricks of light, now everything was twilight and open."

Finally free from his isolated past, Lathan Greywind is living a stable life with his wife and newborn daughter as a taiko drum coach at UC Davis. Events outside of his control force him to take action. Faltering against the mundane and the supernatural, he is thrust into a reality he doesn't understand. A reality filled with sentient life and power that has a will of its own. Lathan must learn to harness his newfound abilities before he can return home to his family. If he can only figure out how