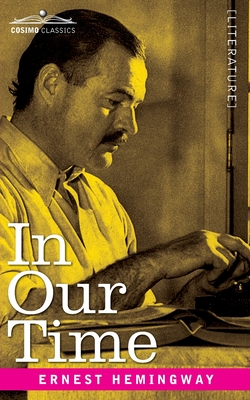 "In the early morning on the lake sitting in the stern of the boat with his father rowing, he felt quite sure that he would never die."

In Our Time (1925) is Ernest Hemingway's first collection of short stories published in the United States. A rewrite by the author of the 1924 French publication of the same name, it includes fifteen stories, two of which feature Nick Adams, Hemingway's autobiographical character who is a child in Indian Camp (1924) and a young man in The Three Day Blow (1925). The stories utilize the iceberg theory, a term coined by Hemingway, meaning a minimalist approach of focusing on surface elements without exposing themes hidden in subtext. A definitive collection of Hemingway's recurring themes of alienation, grief, and loss, this is a volume worthy of the term "masterpiece."