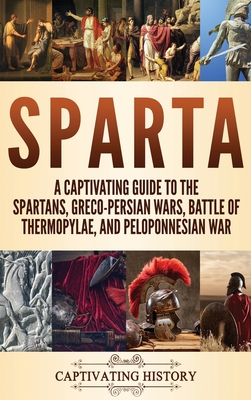 If you want to discover the captivating history of Sparta, then keep reading...

Four captivating manuscripts in one book:

Sparta is one of the first names that comes to mind when we think about the ancient world. And this is for good reason. After its founding sometime in the 10th century BCE, Sparta soon rose to be one of the most powerful city-states in not only the Greek but the entire ancient world.

Perhaps the most significant achievement in all of Spartan history, though, was their defeat of the Athenians in the Peloponnesian War. This conflict, which lasted roughly 30 years, put the two greatest Greek city-states of the time, Athens and Sparta, up against one another, and the result, a Spartan victory, helped to reshape the entire ancient world. It ushered in a period of Spartan hegemony which was radically different than when the Athenians sat atop the Greek world.

Some of the topics covered in part 3 of this book include:

Some of the topics covered in part 4 of this book include:

So if you want to learn more about the history of Sparta, click the "add to cart" button