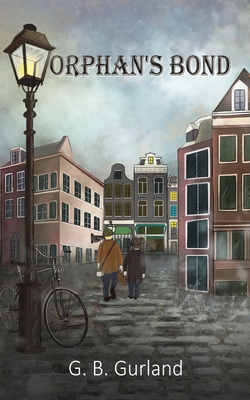 Thirteen-year-old John Robert O'Neill, better known as Robbie, is a precocious young man with an old soul. Robbie, the younger of two brothers, delights in his special relationship with his grandfather, for whom he is named. Henry, seven years older than Robbie, is completely opposite in demeanor and manner from his younger brother. The tension between Robbie and Henry is palpable when they first encounter each other in the hospital corridor, where they await news of their grandfather's stroke. Indeed, the untimely stroke and resulting loss of speech occur the night before Robbie was to come over after school to learn of a secret Grandpa had never shared with anyone in the family. Grandpa's struggle to communicate since the stroke leaves Robbie with few clues and harrowing choices. The puzzle pieces come together with unanticipated twists and turns. Robbie discovers a brother he never quite knew before. Grandpa learns to forgive himself and others. That which is genuinely to be treasured is revealed, not in its price, but its unbreakable bond.
My Account • Sign In • Sign Out • Register
NEW & USED BOOKS
AUTHOR EVENTS • GIFTS
Tempe
6428 South McClintock Drive
480.730.0205
[Google Map]
10am-7pm daily
Trade Counter 11am-6pm daily